After more than 100 years spent roaming one of the most haunted locations in the nation, one ghost at the Stanley Hotel in Estes Park, Colo. is calling it quits. When inquired as to what turned the ghost off from the career of his non-lifetime, he quite calmly replied, “My soul’s just not into it anymore.”

Of course, it took the reporter on location about ten minutes to decipher the sentence, as the EVP sounded like he had ominously and barely audibly whispered, “Srhhrwiowrrhshosorur.”

“Neither will you if you keep this banter up,” the ghost retorted.

I bet he could get a better gig as Frosty’s back-up, anyway. (Photo credit: graphicsfactory.com)

Thousands of people visit the hotel each year hoping to experience a gripping paranormal event and become part of its evolving history. The Stanley Hotel gained major recognition in 1977 when Stephen King based his book, The Shining, off a night’s stay in room 217 – said to be haunted by housekeeper Elizabeth Wilson, who was nearly killed by a gas leak explosion.

“She makes sure each guest’s stay is pleasant by being super helpful,” scoffed the ghost. “Never did grasp the idea she was supposed to pick on everyone. Then again, most ghosts are pretty horrible at grabbing things in general.”

Reporter: “Still have some residual resentment against her after all these years, huh?”

“I personally never understood how she could be an intelligent apparition, that’s all,” the ghost replied defensively. “But with her bright personality, she’d probably make a pretty good orb.”

Whether ivories are tickled mysteriously on the grand piano in the empty Music Hall, tourists are grabbed by invisible hands while walking down a hallway, or a full-fledged apparition appears, one thing’s for sure – this ghost has had enough.

“You all come here to vacation; well, what about me? It’s a 24-hour job thrilling you – without the benefits,” the ghost said.

“Equal opportunity,” the ghost answered. “Plus, I work overtime.”

“Oh, PLEASE show myself so you can pee your pants? Your wish is my command!” – the ghost

“People always told me when I was alive to get a life. I was big into stamp collecting, you see. So, I figure, why start now?” the ghost responded.

“And, sure, an “Oooooh” here, an innocent picked pocket there,” he added. “But then you people started visiting at all hours of the day and night. I’m not an animal. I’m not going to haunt you on call. And these hours are ridiculous! I kind of feel like that genie from Aladdin, except I grant people a reason to change their pants, not wishes.”

Reporter: “Would you haunt on call for a Klondike bar?”

“Well, that’s not a fair question. Who wouldn’t?” the ghost countered, shrugging.

“ANYwaaay, I’m talking about those guys from TAPS,” the ghost said, fuming. “If Jason asks me about my life and who wronged me one more time, I will lose it. If I wanted to talk about my father, I’d go to a therapist.”

Reporter: “What about your father?”

“It all started when I was a child and he told me I couldn’t play with my invisible friend…” began the ghost needily.

Fast forward one hour as the ghost lies down and makes itself comfortable on the hotel couch in the entryway, painstakingly outlining his entire life. Meanwhile, the reporter crosses her legs and sits with a hand propped against her forehead, looking downward and trying not to ask questions until the ghost looks at her pointedly for additional probing into his life.

“And then, when I was seven, I stepped on a beehive…” continued the ghost.

Reporter (looking at watch): “Oh, I’m so sorry, but your time’s up for the day. Good session; you’re really making some progress.”

Reporter: “OK, but I get to ask the last questions. What do you feel you contributed to the history of the Stanley Hotel?”

“Sheer awesomeness,” said the ghost without a moment’s hesitation. “Now when people visit this hotel, the coolest paranormal thing they’ll see is Paranorman.”

“Because the Stanley has it on for free 24-7 up until Halloween for all guests right now,” the ghost finished.

“Isn’t it?” the ghost commented back thoughtfully. 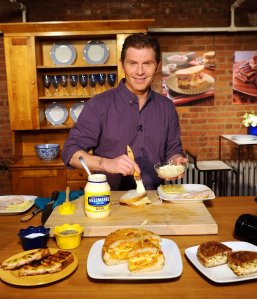 The reporter then challenged  the ghost by noting it seemed to be somewhat of an unmemorable character among the hotel’s more active, popular apparitions, to which the ghost replied, “Yeah, I suppose so. But that’s just because I choose to solely haunt the head chef so he makes me sandwiches.”

Reporter (shaking head in disproval): “So, are you thinking about starting anew somewhere?”

“I don’t know; he cuts the crusts off for me. Hard to get that kind of service these days. Besides, that ghost girl who haunts the fourth floor is pretty cute…” he said. “Horrible at rolling balls straight down the hallway though. Probably all the candy she eats that guests leave lying on the hallway benches. Can ghosts get diabetes? No, what’s more – can ghosts sue humans?”

Choosing to leave the two questions unanswered, the reporter asked one final question.

Reporter: “What are you planning to do with all your newly acquired spare time ?”

“I won’t be boohooing into a corner, that’s for sure!” the ghost said. “I’ll definitely be scare-fing down more sandwiches than normal.  Maybe do some wail watching. I’ll definitely pay a visit to my haunt and uncle. Of course, I’m just lucky my blood hasn’t curdled yet with old age at this point.”

Reporter: “This interview is as over as your puns.”

“Of corpse it is!” the ghost cheerfully responded. “I’m afraid I’m not ghoul, after all.”